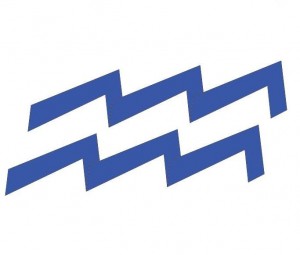 People born in Aquarius are on the lines of the 5th ray and the ruler, Uranus representing the 7th ray. This combination can result in a very cold person, one who puts a major emphasis on facts, on the tangible world and its operations, but do not take into account the feelings of other people. For many Aquarians this tendency to categorize, to dissect and to be very rational and practical can result in them feeling superior to other people whom they feel are beneath them because they succumb to their feelings, or they are not logical enough.

The 5th and 7th rays on their own can and do turn the person into a someone who is hard to get along with. He sees objectively, or so he thinks, and everybody else is too subjective to be trusted. The only problem here, is that the objective view the Aquarians hold on to is just as one sided, and just as limited as the worldview of a very emotional person. Life is more than just facts, figures, and material presentation of those.

They may go after their own aims, purposes and ideas while being very blunt and direct in their dealings with others, not caring about the small details of who gets hurt when they start their revolution. They do indeed want to better the conditions to all of humanity, and they do fight for humanitarian reasons, they attempt not to become a burden for others, and expect everybody else to behave the same. They have laser like quality in the sense that they can be experts with a bit of even genius quality in one field, or one area in their life (usually their work), but are hopeless in other matters of daily life, the syndrome of the genius who can solve mathematical formulas but is unable to count the change at the store.

They are reliable with the 7th ray quality of Uranus and its connection to routine life, toiling at their own rate and speed on whatever it is they think is their share of the load. Yet, some of them are capable of getting stuck in their minds, thinking too much, trying to solve problems, but failing to take the action needed to solve those problems. They can get stuck in a very small space of facts and figures, but don’t know how to handle anything outside of their norm, especially other people.

When Jupiter starts to take over, the 2nd ray of love-wisdom fills them, and they begin to understand in a broad way their place in the world. They now know how to help others in a very real way, and their reforms are the correct ones and are carried out with heart and compassion that minimizes the shock of those reforms to others.

Their cold speech gets warmer, and all their knowledge starts transmuting into wisdom, pieces of ideas are now coming together, and they do not need to protect themselves against the mass of people, they simply know how to share with the mass in daily life, yet remain who they are at the same time.

1 thought on “Aquarius in Esoteric Astrology”